Illustrations from: Tales of the Barber Surgeon (Public domain art-share) 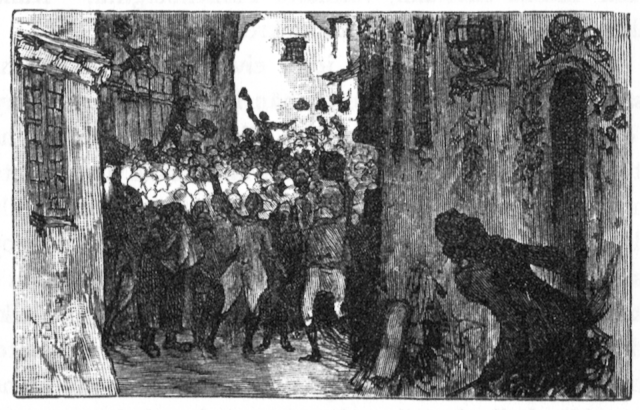 I was out on a flea market to kill some time and happened to lay my eyes on some old books that looked interesting. At first I had no intention of buying them despite the initial coolness, but in the short flip-though I saw a ton of amazing black and white artwork that I had not seen anywhere before. The books were from a series written by Zacharias Topelius, a famous Finnish author from the 1800’s so it crossed my mind that maybe these illustrations are just as old and would thus be public domain. Quick google search proved my suspicion… jackpot! These were like 10th issue from the 1950's so I got all three books for the whopping price of 3 € total.

The books are illustrated by Albert Edelfelt and Carl Larsson. Both are semi-well-known in Finland, but from the little searching I did, I could only find the more popular paintings from them in the internet and none of these. Maybe now they see the light of day once more.

Some of my favourites.
The books form a three part series: Välskärin kertomuksia (Tales of the barber surgeon) that is a compilation of stories about Finnish history from a time period between the thirty year war of 1600’s and 1772 when Gustav III took over Sweden (Finland was under Swedish rule for hundreds of years.)

It took me a while, but I scanned every image in the books, so…

Nearly 300 PNG’s of Public Domain illustrations to use.

I have sorted the images into three folders: main ones, full page illustrations and drop cap letters. They should be viewable on the google drive so you don't have to download the entire 820Mb folder.
Also because of how thin the paper was in the books, text from the other side shows through a bit in some of them so sorry about that. My scanner is quite shit and after countless tests and adjustments I admitted my defeat. Maybe someday I will edit all the text away from the  images, but for now this'll have to do.

CoffeeGremlin
Student of Creative marketing from Finland. I like rpg's, Whiskey and metal music. He/Him